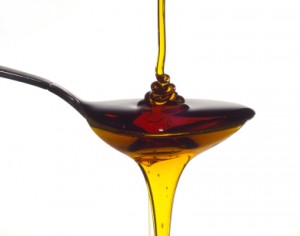 Is Agave the New “Healthy” Sweetener?

Agave syrup has been advertised as a new “healthy” sweetener that is low glycemic, good for weight loss, and better for you than either regular sugar (sucrose) or high fructose corn syrup.

And sales of agave syrup have skyrocketed in the last few years.

But is it really that much healthier? No, not so much.

Agave is an exotic plant that is a member of the yucca family that grows in the tropical heat of Mexico. It has been used for thousands of years by the Mayans in herbal remedies to help with indigestion, bowel irregularity, and skin wounds. Fermented agave juice is the familiar alcoholic beverage, tequila.

The agave industry would like you to think that agave nectar is a very natural product that goes straight from the plant to a jar and is a healthy, natural sweetener great for weight loss, but this is not really the case.

Agave syrup has been deceptively marketed as a ‘health food’ and it most certainly is not.

The truth is, agave nectar or agave syrup is not a natural sweetener at all, but a highly refined type of fructose sweetener—very similar to the common sweetener, high fructose corn syrup (HFCS). Depending upon where the agave comes from and the way it is processed, agave syrup can be anywhere from 50-90% fructose!

Guess what?? High fructose corn syrup is about 55% fructose, the rest glucose.

Yep, you heard that right–almost the same exact composition as agave syrup! So that doesn’t make agave syrup a good choice if you’re hoping to avoid the high levels of fructose in HFCS (high fructose corn syrup).

Ok, so what is wrong with fructose?

Isn’t that the sugar that is found in fruit? Well yes, and no.

There is a huge difference between how our bodies handle the natural fructose in fruit and the highly refined unnatural fructose in sweeteners. The fructose eaten in the form of fruit is in its natural form along with lots of fiber, vitamins and antioxidants, and is way different than the concentrated, refined fructose in agave syrup.

When fructose is extracted from fruit, concentrated and made into a sweetener, it wreaks havoc with your metabolism.

Don’t be fooled by agave syrup’s reputation as a great weight loss sweetener. It is not low calorie—in fact it has about the same number of calories as regular table sugar. And while it is often marketed as “low glycemic”, it still contributes to weight gain.

According to most research, fructose, more than any other kind of sugar, contributes not only to insulin resistance, but it raises blood levels of triglycerides (a risk factor for heart disease) in both obese and healthy people.

Triglycerides are a form of fat in the blood, and are stored in the body as excess body fat.

Elevated triglycerides (a key marker for heart disease), contribute to clogged arteries and increased inflammation. Fructose also has a greater propensity than other sugars to increase abdominal fat, which then elevates the risk for diabetes, heart disease and metabolic syndrome.

And the fructose, like that in agave, is most often linked to nonalcoholic fatty liver disease.

So, if you need to lose weight, fructose is a sweetener you will definitely want to avoid, especially in its refined form.

And if that’s not enough, here are a few other good reasons to avoid agave:

• Eating sweeteners in the form of fructose (both agave and HFCS) doubles advanced glycation end products, (AGE's), which are harmful chemical byproducts that age (no pun intended) the human body.

• Yucca species, together with other agaves, are known to contain large quantities of saponins. Saponins are toxic steroid derivatives, and should be avoided during pregnancy because they might contribute to miscarriage.

These toxins have negative effects on non-pregnant people as well. They can destroy red blood cells, and are especially harmful to people taking statins (cholesterol medicine) and high blood pressure drugs.

• Poor quality control and pesticides. There are very few quality controls in place to monitor farming and production of agave syrup. Most agave sold in the U.S. comes from Mexico. There is concern that agave producers are using other more toxic species of agave plants due to a shortage of blue agave and the agave is heavily sprayed with pesticides.

• Some agave syrups contain a contaminant called hydroxymethylfurfural (HMF, also called 5-hydroxymethyl furfural), an organic heat-formed compound that forms during the refining process of both agave syrup and HFCS. HMF has possible toxic and carcinogenic effects on humans. HMF is also extremely toxic to honey bees.

• Agave syrup is not a whole food–it is refined and processed; devoid of the nutrients contained in the original, whole plant.

Bottom line—agave syrup or agave nectar is NOT the healthy alternative to high fructose corn syrup or sugar.

Nor is it a good sweetener for fat burning or weight loss.

If you are looking for a low calorie, healthy and natural sweetener, use Stevia, or  use raw honey or maple syrup (although not low calorie) in small amounts.

Till next time, stay healthy and lean!

Catherine (Cat) Ebeling RN BSN, is a back to basics diet and nutrition specialist. In addition to her advanced degree in nursing from a major medical school, she has spent the last 30 years intensely studying diet, health and nutrition. She also has a book titled "The Fat Burning Kitchen, Your 24 Hour Diet Transformation" that has sold over 60,000 copies worldwide, and has helped thousands of people transform their lives, lose weight and improve their health.


Her mission is to help others prevent disease and live their best life ever.