AGE’s are the key to aging in our bodies. AGE’s are responsible for wrinkly, sagging skin, diabetes, and damage to blood vessels. Where do they come from? 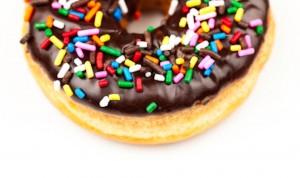 AGE’s That Age Us

What are AGE’s? AGE’s are Advanced Glycation Endproducts. AGE’s can be either in the food you eat or formed within your body. AGE’s occur when sugar molecules attach to protein or fat molecules without an enzyme.

So what’s the big deal about this, you ask?

Well, AGE’s are a serious promoter of aging in the body, as well as the beginnings of many chronic diseases. In fact AGE’s are one of the biggest factors in diabetes, heart disease and others as well.

These AGE’s form a sticky plaque-like substance in the brain, nerve tissue, and the rest of the body. It is reported that when AGE’s are consumed, about 10-30% are absorbed into the body. The body’s ability to eliminate these once they are absorbed is very limited, meaning that once these gunky, gooey, nasty things get in human cells, it’s damage that cannot be undone.

While all human tissue is subject to damage by AGE’s, the lining of blood vessels is especially sensitive, as well as certain nerve cells that can quickly accumulate damage—especially in blood capillaries of the kidneys and eyes, brain and nerve cells, collagen, and your DNA. This is pretty serious and destructive stuff.

AGE’s are responsible for wrinkly, sagging skin, damage to the pancreas that causes diabetes, and damage to blood vessels, which leads to the plaque buildup that causes heart disease.

AGE’s also help form the sticky amyloid proteins and neurofibril tangles that take over the brains of those with Alzheimer’s disease, causing severe memory loss and dementia.

They can easily damage the nerves, causing peripheral neuropathy and deafness, as well as attacking the tiny blood vessels in the eyes, which in turn can lead to blindness, as well as creating dangerous by-products that can become cancer.

The wide variety of diseases is the result of glycation interfering with molecular and cellular function in the body and its release of highly oxidizing byproducts.

As you can see, AGE’s are highly destructive. Where do they come from?

Any food that is browned or roasted such as brown bread, browned or grilled meat, bacon, crispy brown cookies, chips, crackers, etc. contains AGE’s. They form whenever food browns with heat as in roasting, frying or grilling. Cooking food at high temperatures without water or liquids (as in frying) causes the sugars in the food to bind with the proteins or fats to form AGE’s.

Any food that is high in fat, protein or sugar is likely to cause AGE’s when cooked. Using water when cooking as in steaming, poaching or boiling helps to prevent the sugars from attaching to the proteins and fats and helps to prevent AGE’s. Cooking at a lower temperature also helps to minimize AGE’s.

You know that crispy skin on the roasted Thanksgiving turkey? That’s full of AGE’s. So are French fries, bacon, chips, and just about anything that is baked or fried to a golden brown. Even that juicy steak, dark roasted coffee in your espresso, and that delicious caramel on your dessert are full of AGE’s.

Processed, packaged foods often have added AGE’s to enhance their flavor and make the food look more appealing. Caramel coloring is a good example of this. The list of foods with added AGE’s also includes donuts, cakes, crackers, chips, dark colored soda, and even dark beer.

Endogenous (or internally formed) AGE’s occur in the body from the sugar and carbohydrates in the food you eat. Excessive sugar in the body (in the form of glucose) binds to proteins causes glycation. People with chronically elevated blood sugar have the most damage from AGE’s, such as those with type 2 diabetes or metabolic syndrome.

As nutrition expert Johnny Bowden says, “It’s like putting sugar in your gas tank, it totally gums up the works.”

Certain types of sugars such as fructose, are much more likely (as much as 10x more likely) to glycate. If you look at the huge amount of foods that contain high fructose corn syrup, or the large numbers of people eating sugary, processed foods and drinks, is it any wonder why there are such high rates of cancer, diabetes, heart disease, and other inflammatory diseases?

AGE’s can be measured by the same test given to diabetics to monitor long-term blood sugar control. This relatively new blood test is known as the Hemoglobin A1c test.

For optimal aging, your A1C levels (whether diabetic or not) should be less than 5%, which would mean keeping an average blood sugar level of about 90 mg/dl. While that seems fairly low by some conventional medical standards, this percentage is easily attainable if you eat to keep blood sugar stable.

Minimize the effects of AGE’s

Combat AGE’s With These Foods

While it may be virtually impossible to avoid the glycated end products, you can minimize them and the damage they do with your diet. And that, in itself will go a long way towards keeping you young.

Catherine (Cat) Ebeling RN BSN, is a back to basics diet and nutrition specialist. In addition to her advanced degree in nursing from a major medical school, she has spent the last 30 years intensely studying diet, health and nutrition.  Cat also has a book titled “The Fat Burning Kitchen, Your 24 Hour Diet Transformation” that has sold over 60,000 copies worldwide, and has helped thousands of people transform their lives, lose weight and improve their health.