Oh joy! It’s midsummer and tomatoes are in season. Real, juicy, red, luscious, sweet tomatoes that burst with flavor in your mouth–not those mushy, pallid ones from a hothouse. What to do with this bounty of nature? 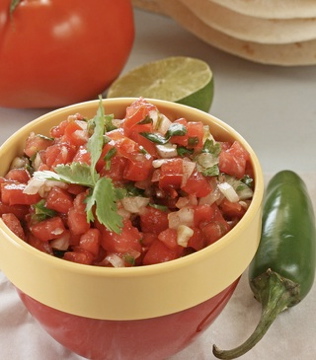 Oh joy! It’s midsummer and tomatoes are in season.

Real, juicy, red, luscious, sweet tomatoes that burst with flavor in your mouth–not those mushy, pallid ones from a hothouse.

If you are lucky, you may be able to pick your own fresh tomatoes red and ripe, from your backyard, or have a friend or neighbor supplying you with those warm, juicy red globes. If not, head to your local farmer’s market or look for “locally grown” in your favorite supermarket.

Tomatoes ripen in the sun, but if picked a bit early, they will continue to ripen if you leave them out on your counter top or windowsill. Refrigerating tomatoes not only stops their ripening process, but it also lessens their sweet and tangy flavor.

What to do with this bounty of nature? If you’re tiring of just sliced tomatoes with a drizzle of olive oil, fresh basil, sea salt and pepper, here are some other delicious ways to enjoy these antioxidant rich, cancer fighting, heart health enriching phytonutrients.

Tomatoes are full of antioxidants, vitamins and minerals, especially potassium. And they contain powerful bioflavinoids, which counteract inflammation, allergic reactions, fight cancer and protect your heart. Eating tomatoes will substantially reduce your risk of:

American men who ate tomatoes (in one study),  had a 40 percent reduction in the risk of prostate cancer. Studies of men newly diagnosed with prostate cancer found that increasing consumption of tomato products was associated with a marked decrease in cancer progression.

And it isn’t just the red color that makes tomatoes so healthy for you. Tomatoes of any color: red, green, orange, yellow or purple are all spectacular for your health.

Preheat oven to 450° F.
Place tomatoes cut-side up on a baking sheet. Top with Parmesan, oregano, salt and pepper. Drizzle with oil and bake until the tomatoes are tender, about 10-12 minutes.

In a bowl, combine the tomatoes, cucumber, watermelon, and herbs.
In a spice grinder, grind the coriander seeds to a fine powder. Add the ground coriander to the tomato mixture and toss gently. In a small bowl, whisk together the olive oil, balsamic vinegar, and salt and pepper to taste. Combine dressing with vegetable/watermelon mixture and refrigerate, allowing flavors to mix for an hour or so.

There are two ways to make this salsa. One method is the chunky version. Just chop all the ingredients by hand with a sharp knife, and mix together with lemon or lime juice and sea salt. You can make it extra chunky or use a finer chop.

For a smoother, more pureed version, coarsely chop the veggies and place in a food processor to mix. Process just enough so mixture is smooth, with no large chunks and serve. This will produce a slightly juicier version, so drain off some of the excess juice with a colander. Add lemon, lime and salt after draining liquid.

Either way, you will enjoy it immensely!  Serve with chicken, fish, chips, tacos or on your scrambled eggs. Serves 4 or more.

Enjoy tomatoes while you can, because soon enough tomato season will be over.

Now, what to do with all that zucchini? Stay tuned… 🙂 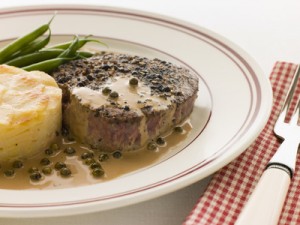 I talk to so many well-informed, health-conscious people who are concerned about eating a healthy diet, but the one thing that comes up over and over again is this 'cholesterol-phobia' towards cholesterol and saturated fats.

And if you pay attention to mainstream media, you are probably convinced that high cholesterol and saturated fat intake will lead directly to heart disease.

There have been several research studies showing that cholesterol IS NOT the villain in heart disease, but the media and mainstream medicine have yet to adopt this fact.

And so, it is little known–but very valuable–information. Why the big Secret??

While statin drugs (cholesterol lowering medications) are one of the top selling medications in the US, and as the drug companies continually seek to lower the cholesterol level guidelines for administration of these drugs, there is no absolutely no motivation to stop this moneymaking practice.

The drug companies want you to be convinced that you MUST lower your cholesterol in order to live a long and healthy life and avoid heart disease.

Physicians have been taught for the past four decades that cholesterol is dangerous and that it must be lowered at all costs. The "cholesterol is harmful" hypothesis, although never proven, has come to be accepted as an unquestionable fact by physicians and patients alike.

Sad to say, any information that points towards cholesterol being beneficial, tends to fall upon deaf ears.

Well here is a startling fact– Did you know that approximately 75% of the people who suffer heart attacks have cholesterol levels within the 'normal' range?

Just how did this whole "cholesterol will kill you" hypothesis come about?

Back in 1799, an English physician found a waxy substance in the coronary arteries while doing an autopsy. Another English physician, Joseph Hodgson, looking at the same waxy stuff, came up with a theory for it. Hodgson suggested that inflammation was actually the reason the waxy substance was in the arteries. Hodgson's theory, though, ended up mostly ignored.

When another physician, Dr. Ansel Keys observed that death rate from heart attacks were much lower in areas where the food supply was low during World War II, it was assumed it was because people were eating less fat. But the researchers overlooked the fact that these people were also eating less sugar and starchy foods. And so, the connection was established with dietary fats and heart disease.

Dr. Keys proposed a diet high in vegetable oils and low in animal fat, and dieticians, physicians, and medical researchers all jumped on the "cholesterol is harmful" bandwagon too.

But, despite its popularity, the "cholesterol is harmful" theory remains unproven. Conclusive proof that cholesterol itself is harmful does not exist.

In fact, just the opposite is true. People with high cholesterol have been scientifically shown to actually live the longest. Really??

In fact, most studies of elderly people have shown that high cholesterol is not a risk factor for coronary heart disease.

Researchers at Texas A&M University also discovered that low cholesterol levels affect muscles, including the heart muscle, and reduce gains in strength while exercising. These findings were recently published in the Journal of Gerontology.

At the conclusion of the study, the researchers found that there was a direct association between dietary cholesterol intake and strength.

Cholesterol actually plays an important role in muscle repair and rebuilding. So considering that the heart, too is an important muscle, why would we want to make our muscles weaker?

There are over twenty studies that show cholesterol is actually beneficial to the health.

-There is little benefit in lowering cholesterol levels below 260 mg/dL in elderly people.

Ok, so what causes heart attacks then?

In 1976, one of the most promising theories about the cause of atherosclerosis and heart disesase, was proposed by Russell Ross, a professor of pathology, and John Glomset, a professor of biochemistry and medicine at the Medical School, University of Washington in Seattle.

These scientists suggested that atherosclerosis is the consequence of an inflammatory process which results from a localized injury to the lining inside the arteries. This injury results in inflammation and the plaques that accumulate from cholesterol in the blood vessels are simply healing lesions. Injury from inflammation may result from high blood sugar levels and other inflammatory substances in the blood like an excess of omega 6 fats, and trans fats.

Think of it this way: if you fell, injured yourself and skinned your knee, then a scab resulted from the body's attempt to heal the injury, would you blame the scab for being the problem?

No–the skinned knee is the result of an injury, right? The scab is not at fault, it is simply the body trying to heal the injury, which ulitimately resulted from a fall.

Same thing with the cholesterol theory. We are blaming the wrong thing.

Cholesterol is a repair substance. Higher levels of cholesterol do not clog arteries. Injury and inflammation cause the arteries to clog up.

HDL is the component in cholesterol that actually cleans up the plaque in arteries, so obviously striving to keep that number high is key.

How to raise HDL?

Following the diet in The Fat Burning Kitchen Program will get your cholesterol ratios in the healthy range very quickly.

Reducing starchy grains in the diet lowers the triglyceride levels–one of the key factors in heart disease. Avoid all sugars (don't forget high fructose corn syrup is in almost everything) and keep blood sugar at a stable level. High blood sugar levels increase inflammation in the blood vessels.

Constant high blood sugar levels not only increase the risk for diabetes, and in turn heart disease, but also lead to metabolic syndrome with weight gain, insulin resistance and damage to the blood vessels.

Avoid omega 6 fats found in vegetable oils such as sunflower oil, soybean oil, cottonseed oil, corn oil and more, increase inflammation in the body. Most any processed food contains one of these types of oils–or even worse trans fats! (Trans fats are any type of 'hydrogenated' oil which are extremely damaging to our bodies.)

Increase your intake of B vitamins. B vitamins are known to lower levels of homocysteine, a key inflammatory component in heart disease.

And of course, STOP smoking, smoking raises LDL cholesterol levels, raises inflammation in the blood vessels and increases chances of having arterial plaque buildup in the arteries.