Coconut milk as an ingredient makes a great satisfying snack. And, the coconut taste does not overpower anything, in fact, it has very little flavor on its own. I made up this pudding recipe and it has become my new favorite snack or sweet treat. There are tons of great variations on it too and it only uses a few ingredients. 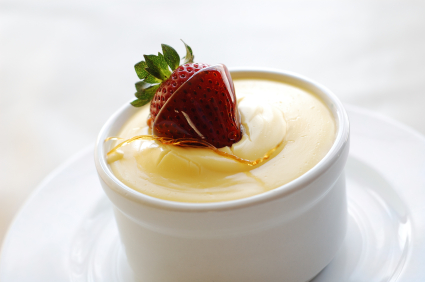 I am a huge fan of coconut. Not the sweetened flakes that you buy at the grocery store, but the real, unadulturated kind.

There is coconut milk that comes in a can (not the low-fat kind though!), there is coconut juice that makes a delicious, healthy energy/sports drink, and there is natural coconut meat. Coconut has a huge amount of healthy antioxidants, fat burning medium chain fatty acids, lauric acid–which helps fight infections, and monosaturated fats–good for your heart, your skin, and the rest of your body. You can read more about all the fat burning healthy benefits of coconut here.

Coconut milk as an ingredient makes a great satisfying snack. And, the coconut taste does not overpower anything, in fact, it has very little flavor on its own. I made up this pudding recipe and it has become my new favorite snack or sweet treat. There are tons of great variations on it too and it only uses a few ingredients.

Start with a can of organic coconut milk (use the kind with all the fat, not the low-fat kind)
Pour into a small sauce pan.
Add in a couple of teaspoons of maple syrup, honey or a touch of stevia (coconut is naturally sweet so it doesnt need much)
A tiny pinch of sea salt
A teaspoon or so of vanilla (add at end)
In a separate bowl, break an egg and beat it until is is well mixed and frothy.
Whisk the egg into the coconut mixture and heat over med/low heat stirring constantly. The mixture will begin to get thicker as it heats up. When the pudding begins to thicken up and it is hot enough to bubble around the edges, remove from heat and whisk lightly to make sure it is well mixed. Add in vanilla. Cool in fridge or eat warm.

Variations:
Add a couple teaspoons of dark chocolate or break up a small dark chocolate bar and stir into warm custard along with your favorite nut butter or a handful of nuts.
Stir in a sliced banana or other fresh or frozen fruit
Add unsweetened coconut
Garnish with a little bit of REAL homemade whipped cream

Surprising research and results show healthy fats may be better. 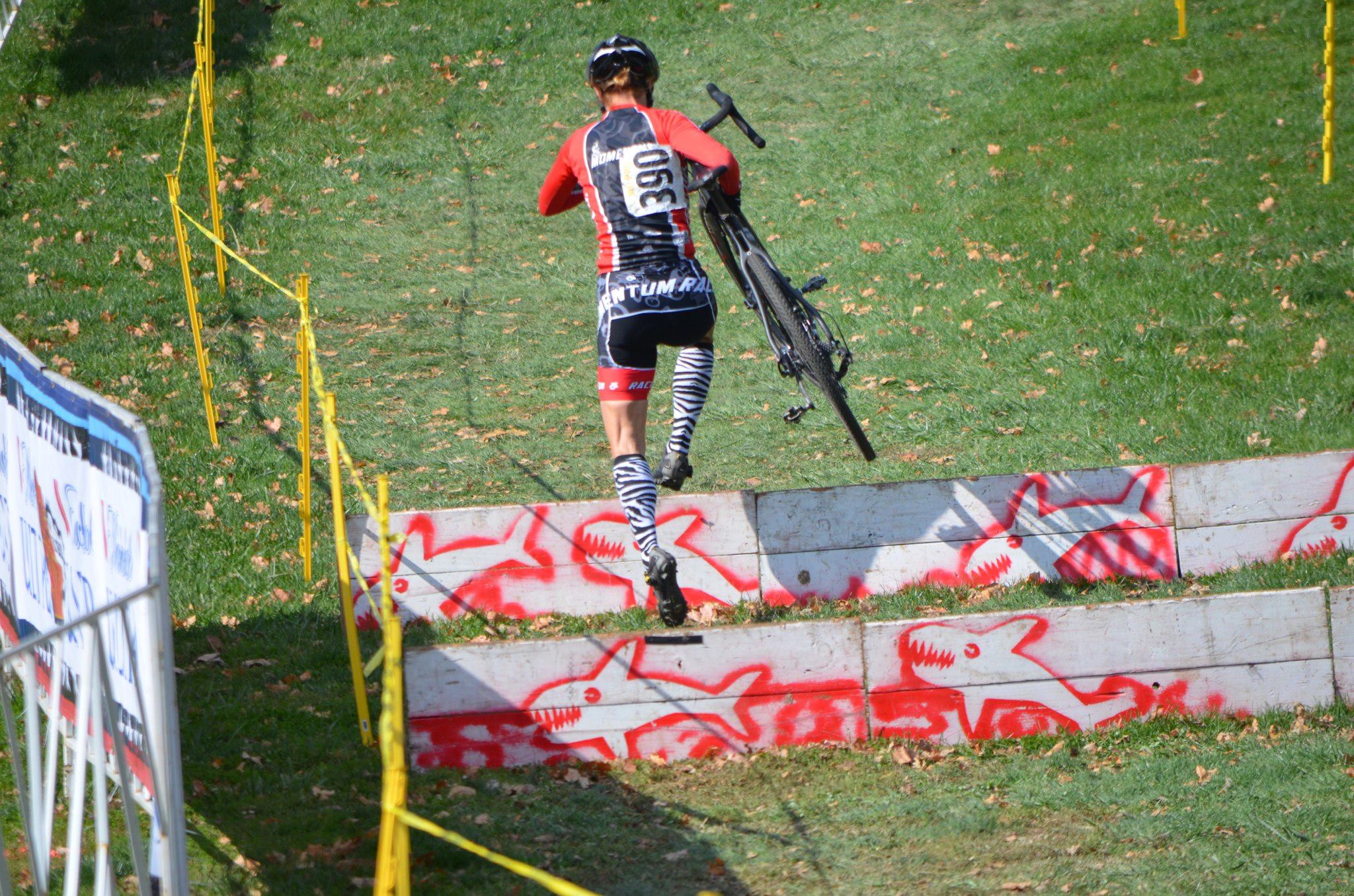 What really works the best for athletic performance? These results are pretty astounding! See below for the full presentation. 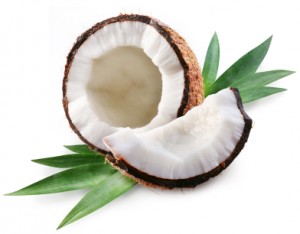 Coconuts once were considered bad for you.

It was thought that the saturated fat in coconut lead to high cholesterol, clogged arteries, heart disease, and weight gain.

Now, coconuts have taken center stage for their nutrition value.

So the question is: Are coconuts good for you or bad for you?

Coconut is now sold in stores as coconut oil, the coconut meat itself, coconut milk and coconut water.

While all parts of the coconut contain great health benefits it's the oil that makes it a real superfood!

Coconut oil, once avoided like the plague, is now known to be very beneficial to the body. Yes, hydrogenated coconut oil is bad–as are all hydrogenated fats.

But organic, unprocessed, virgin coconut oil is a whole different story. Coconut oil has been found to have some truly unique benefits for your body and is now considered a very healthy food.

Coconut oil has been described as "the healthiest oil on earth."

What makes coconut oil so good and so unique?

The majority of fats and oils in our diets, whether they are saturated, unsaturated, or come from animals or plants, are composed of long-chain fatty acids (LCFA).

The size of the fatty acid is extremely important.

Why? Because our bodies respond to and metabolize each fatty acid differently depending on its size. Coconut oil is composed predominately of medium-chain fatty acids (MCFA)— also known as medium-chain triglycerides (MCT). Coconut oil contains the most concentrated natural source of MCFA available in our diet.

Because our bodies process MCFA’s differently, the effects of coconut oil are distinctly different from those of other oils.

Scientific studies have shown that coconut oil also has anti-microbial, anti-fungal, and anti-viral properties and is effective against candida, measles, giardia, listeria, (common food-poisoning pathogens), staph, and heliobacter pylori (bacteria responsible for stomach ulcers) and is even being used to help HIV/AIDS patients.

And forget all the stuff that was once said about coconut oil and cholesterol and heart attacks!

Virgin coconut oil actually has a beneficial effect in lowering total cholesterol, triglycerides, phospholipids and low-density lipoproteins (LDL-the bad cholesterol) and so is good for the blood vessels and the heart.

And, how about this: Substituting coconut oil for other vegetable oils in your diet will help you burn fat better, lose weight and have more energy.

How is this possible? Compared to carbohydrates, medium-chain triglycerides are a better and more efficient source of quick energy. Most oils, are broken down into fatty acids that circulate through your body after you eat them, and hungry fat cells in our bodies readily store these as fat.

When you eat MCFA’s, they go straight to the liver to get immediately metabolized and processed as energy.

Wouldn’t it be nice to be able to take a pill that would shift our metabolic rate into a higher gear? Well guess what? Coconut oil does that.

Eating foods containing medium chain fatty acids is like putting high-octane fuel into your car.  Because MCFA’s go directly to the liver and converted into energy, the body gets a boost of energy. And because MCFA’s are easily absorbed by the energy-producing parts of the cells, metabolism increases.

This burst of energy has an energizing effect on the entire body.

The fact that MCFAs digest immediately to produce energy and stimulate metabolism has led athletes to use them as a means to enhance exercise performance.

There are several studies showing this to be true:

In one study, investigators tested the physical endurance of mice who were given MCFA’s in their daily diet against those that weren't. The study extended over a six-week period.  The mice were subjected to a swimming endurance test every other day.  They were placed in a pool of water with a constant current flow like that found in a river.  The total swimming time until exhaustion was measured.

While at first there was little difference between the groups of mice, those fed MCFA’s quickly began to out-perform the others and continued to improve throughout the testing period.

The thermogenic effect of the MCFA was almost twice as high as the LCFA: 120 calories versus 66 calories.

The researchers concluded that the excess energy provided by fats in the form of MCFA does not get stored as fat, but rather would be burned. MCFA’s are popular among body builders because they help reduce carbohydrate intake, and increase energy.

MCFA’s also have muscle-sparing effects. As a result, they help build muscles while reducing fats, and this means better fat-burning metabolism for you.

Since these super fats increase metabolism, and boost energy, virgin coconut oil gets ranked at the top of the list as a fat-burning food.

The most important change you can make in your diet is to replace all the refined vegetable oils (soybean oil, corn oil, safflower oil, sunflower oil, etc.), margarine, shortening, or hydrogenated oils you may be currently using in your food preparation with coconut oil.

Coconut oil remains stable at higher heats for cooking and tastes great in most dishes. Try some in your next stir-fry! It also tastes great raw, straight from the jar.

I put coconut oil (its pretty thick at room temperature or below) on toast, in smoothies, or use in homemade mayo or salad dressing recipes.

One of my favorite healthy oil mixes is to use a combination of Udo’s Choice, grass fed butter and coconut oil when cooking. There are hundreds of ways to eat coconut oil, just give it a try!