How do some people totally change their habits while many of us are stuck in the same rut day in and day out? It appears that the key is… 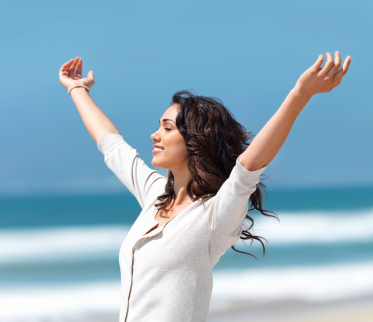 How do some people totally change their habits while many of us are stuck in the same rut day in and day out?

It appears that the key to losing weight, gaining healthy lifestyle habits, exercising regularly, and being very productive in your work all have to do with having a knowledge of how to form good habits.

Did you realize that most of our lives is really just a mass of habitual behaviors?

In fact almost half of the behaviors we do on a daily basis (about 45%) are based on habits. Yes we humans are truly creatures of habits. But think about it, habits do serve a very good purpose as well. If we had to actually think through everything we did on a day to day basis, we would go nuts with the details. Habits allow us to function in our lives, and our minds can actually be occupied with other, more important thoughts.

Take driving for example. When you first learned to drive, you had to think about everything—and there were a lot of details! Sit down, put on your seatbelt, adjust the seat and mirrors, adjust the radio and temperature controls, take off the parking brake, put the car into reverse, turn around, look behind you, and put your foot on the gas, and back out of your driveway. Put on the brake, put the car into drive, gently press on the accelerator, and drive. And that’s just the first few feet! Now we can drive for several miles and our minds can be totally preoccupied with other thoughts, but we (usually!) get from point A to point B in one piece with no traffic infractions, right? It’s habit.

One of my favorite books “The Power Of Habit,” by Charles Duhigg, takes a close look at habits and how they are formed. In it, he points out that in almost any scenario in life, habits can be changed for the better, provided we know how they work, how to disassemble then and rebuild other better habits in their place.

And yes, learning about habits can fill a whole book, so I am here to highlight a few things that may help see habits in a whole new light.

The funny thing about habits is that once they are ingrained, they sort of disappear and  operate in the background in our brains, making us behave somewhat like robots with automatically pre-programmed behavior.

The key then, to changing some habits, is to learn how to spot those behaviors and find ways to change them.

It’s not always as hard as it may seem.

One of the interesting things about habits is the ‘context’ in which they happen. Many habits are unconscious behaviors that exist because of certain sets of conditions in the environment. When the context changes, then so do the habits.

The same applies to the things you do or don’t do for your diet and health. Most all of those things we do or don’t do for our health are habits. Now here is where the habits become very important. People often eat out of habit, and exercise or NOT exercise out of habit. Perhaps the cue is sitting down in front of the TV at night. Since you are used to munching on something, every time you sit down in front of the TV, you eat—whether you are hungry or not. You eat at breakfast, lunch and dinner. Habit. Sometimes you eat at meals not because you are hungry, but because it’s habit.

How do you do that? Well, if you break it down into its parts, you can analyze how habits work and start implementing the changes you desire. But first, it requires a bit of mindfulness on your part and an awareness of the habits you want to change. Being mindful can really make things snowball in your life. So start paying attention to what you are doing. Really paying attention.

When you take a look at any habit, you will find that habits generally have three parts:

Changing any one of these three parts will help to change a habit.

And the coolest thing about changing any one of these three parts of habits is that they often set off a chain reaction that can be so powerful its ripples affect other habits in a good way.

Take exercise for example. When people add the habit of exercise into their lifestyle, generally the ripples of that habit begin to extend to other parts of their lives—in a good way. Often exercise leads to eating better, and that makes you feel healthier. And then that leads to weight loss, which leads to other good things. Because your mood is better and you feel better, perhaps that leads to better relationships in your life. And maybe the improved relationships in your life improve your work and add to its success, and then you make more money, and on and on…

And the ripples can keep on going…and you end up realizing how much control you have over things in your life, things you thought you could never change!

So what’s important to remember here is that when you change a habit to become a positive habit, the immediate reward is not the only the actual positive change.

There is a definite ripple effect that goes on here.

The other thing about habits, and this is one that I KNOW is important, is that tiny changes and minor little habits have a cumulative effect over the course of your life and when you think about those little ‘things’ that you do, day in and day out, these little ‘things’ matter more than some of the BIG things or big changes.

Those small decisions can have a huge impact, as they add up over time.

Ok, so what about old habits, how do we get rid of them, and do they just go away?

Well, first of all, lets talk about physiology first. Habits actually create a neural pathway in your brain. Much like a dirt road becomes a major highway with repeated use, repeated behaviors create neural ‘highways’ so to speak, in your brain. So, yes, reverting to the major highway instead of carving a new path out of the wilderness is the easiest way to go.

But you want to change your habits, right? So that bad habit that has become the super highway, has to be diverted. A detour. And that detour then needs to become a major roadway. Just like cars and traffic help to change narrow little roads into major highways, you can create that major highway in your neural pathways.

It’s just repeated use over time.

What then happens to that now deserted highway in your brain—the neural pathway that was once a major habit? Does it just disappear? Well, no. It’s still there. Like a deserted highway, weeds may grow up around it, and cracks may appear in the road, and eventually it crumbles over time, but it is still there.

So this is where it gets a little tricky.

You have to find a new behavior that responds to the old cue and gives that behavior a reward and build on that.

So let’s break this down.

1.     Be mindful of your daily routine—and remember that’s more than half of the things you do on a day in and day out basis. Pay attention.

2.     Identify the behaviors or habits you want to change.

3.     What is the cue that brings on this habit? Is it a time of day, a location, an emotional state, or other people? What happens right before the habit that triggers the behavior?

4.     And finally, what are the rewards of that habit? Look closely. Think about this one. Find the reward. Its there, no matter how small that reward is and how unconscious, there is a reward.

Let’s use exercise as a habit. Do you have it now? Want it to be a habit? Ok, add in a reward. It can be a seemingly silly as a smoothie at the end of your workout or you get a latte from the local coffeeshop when you are done. Or it’s just the awesome way you feel afterwards.

Identify a cue—perhaps its your alarm clock going off an hour earlier in the morning, perhaps it’s the workout clothes you have at the end of your bed, ready for you when you open your eyes.

And then, repeat. Build that highway in your brain and reap the rewards.

Once you pinpoint the behavior or habit, the cue and the reward, you can make a plan to change it.

Start with ONE habit you want to change. Put a positive one in place of a negative. It may be something as simple as kissing your child, or spouse or significant other every morning and telling them you love them. The cue is the morning, the habit is showing someone you love them, and the reward is the good feeling it provides both you and them. Small, seemingly insignificant, but huge in the course of a lifetime.

Now do that with your eating habits. Take one thing and change it. Do it over and over again and your life changes. Remember the ripple effect? Go for it.

Be MINDFUL of the things you do on a day to day basis.

Look at habits you wish to add, remove or change. Replace a bad habit with a good one.

Identify the cue and identify the reward. Replace the behavior with a positive one. Add in a cue and a reward. Lather, rinse and repeat over and over again, and you are on your way to positive changes in your life.

What habits do you want to change? How successful have you been?

I’d love to see your comments! 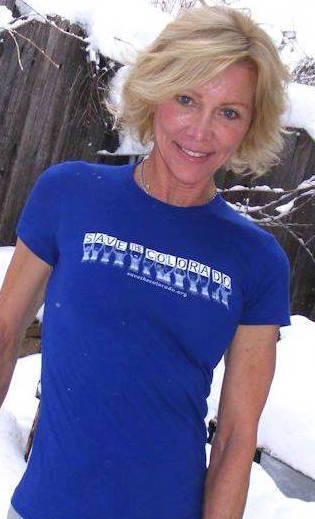 Catherine (Cat) Ebeling RN BSN, (studying MSN/PH) is an international health, wellness and longevity expert, author, explorer, and adventurer. In addition to her advanced degree in nursing, she has spent the last 30 years studying sustainable diets, health and nutrition all over the world. She also has 4 books including the worldwide best-seller,  “The Fat Burning Kitchen,” “The Top 101 Foods That Fight Aging”, and “The Superfoods Diabetes Reversal Diet”,  and has helped thousands of people transform their lives, lose weight and improve their health