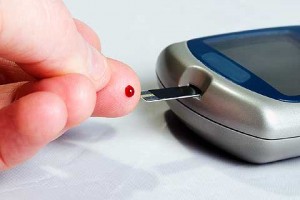 According to some of the most recent estimates, the number of Americans with diabetes will double in the next 25 years — from the current 23.7 million to 44.1 million in 2034. And of course, annual health costs for treating those patients are expected to soar, nearly tripling from the current $113 billion to some $336 billion.

This latest information on the diabetes trends in the United States is a very sad testament that the food pyramid, the media, conventional medicine and the food industry are very wrong in their standard diabetes recommendations–in terms of lifestyle, diet and medication.

Even sadder is that these current figures are on conservative side as they are based on the obesity levels staying the same and not increasing. So, it is entirely possible and even likely, that the number of the cases of diabetes, and resulting health care costs, could be even higher than predicted.

And the past is a great example. Previous estimates from 1991 projected that around 11.6 million Americans would have diabetes by 2030. The number of Americans with diabetes right now, in 2010, is double that number!

Besides the rapidly growing numbers of diagnosed diabetics, even worse are those with ‘pre-diabetes’, who are only steps away from having the full-blown disease. Nearly one out of four people in the US have a condition called ‘pre-diabetes’. And many do not even know they have this condition.

Before people develop type 2 diabetes, they almost always have ‘pre-diabetes’–in which blood glucose levels stay higher than the normal range, but are not high enough to be diagnosed as full-blown diabetes. There are approximately some 60 million people in the United States who have pre-diabetes. Recent research has shown that similar long-term damage to the heart and circulatory system may already be occurring during the pre-diabetes stage.

Physicians can use three different tests to check for pre-diabetes conditions:

Because it’s now so common, it’s almost easy to overlook the seriousness of this disease. It increases your risk of early heart disease and fatal and non-fatal heart attacks, strokes and other cardiovascular events up to 15 years earlier than in those without diabetes, as well as significantly shortening your lifespan.

The additional health complications are numerous and include:

However, in spite of all these dire statistics, the fact is that diabetes can be preventable. And if you already have it, you can improve or actually cure it. Especially type 2 diabetes. No you won’t hear this from mainstream medical practice, or pharmaceutical companies, because treating diabetics is just too darned profitable. But a real cure can come from YOU — by changing your lifestyle, your diet and increasing exercise.

Drew Carey did it and many others less famous have done it too.

Conventional treatment focuses on treating the symptom of elevated blood sugar, rather than addressing the true causes of the underlying disease. Treatments that concentrate merely on lowering blood sugar while raising insulin levels can actually worsen the actual problem of metabolic miscommunication.

Consider this–diabetes may not be caused by elevated blood sugar–but more likely is caused by insulin resistance and faulty leptin signaling, both of which can be managed with diet and exercise.

What is Leptin?
The hormone leptin is largely responsible for the accuracy of insulin signaling and whether you become insulin resistant or not.

Leptin, is a relatively recently discovered hormone produced by fat cells in the body. It communicates to your and brain how much energy it has, whether it needs more (appetite increases), whether it should get rid of some (decrease in appetite) and most importantly, how to utilize the energy.

When your blood sugar becomes elevated it signals for insulin to be released to store the extra energy. A small amount is stored as glycogen in your body, but the majority is stored as your main energy supply–fat. So, insulin’s major role is not to lower sugar, but to take that extra energy and store it as fat for energy.

Insulin lowers your blood sugar as a side effect of moving the extra energy to the fat cells. This is why treatments that concentrate merely on lowering blood sugar for diabetes while raising insulin levels can actually worsen rather than remedy the actual problem of metabolic miscommunication.

Lifestyle Changes Can Get Rid of or Drastically Improve Diabetes

The good news is if you can make–and maintain–major changes in your diet and lifestyle, you can reverse diabetes yourself! Diabetes is actually not a difficult disease to prevent or reverse because it’s not really an affliction that takes over randomly. It is the biological and cumulative effect of following unhealthy diet and lifestyle choices and you have control over these factors!

Even the prestigious New England Journal of Medicine concludes that “the majority of cases of type 2 diabetes could be prevented by the adoption of a healthier diet and lifestyle”.

The results of a study published in the Archives of Internal Medicine show that intense lifestyle changes including diet and exercise demonstrated significant decreases in body weight and lowered blood pressure and A1C blood glucose readings. Cardiovascular health also improved as blood pressure was reduced and HDL cholesterol levels increased.

The study continued over the course of four years and found that compared to a control group the lifestyle intervention participants experienced a considerably lowered risk of cardiovascular disease, as well as biomarkers which predict diabetes. The study also found that the prescribed lifestyle intervention group also lost (around 7%) weight as a beneficial side effect. This is significant as research has shown that losing as little as 5% of total weight can reduce the risk of mortality from all causes.

Diet is the single most important factor which leads to metabolic dysfunction, rising blood sugar, insulin control issues, and excessive levels of triglycerides which then become stored as abdominal fat.

1. Eliminate Grains and Sugars
For the last 25 years, many people have been following the nutritional recommendations dictated by the food pyramid, uninformed physicians, and the food industry of consuming a high carbohydrate diet and avoiding fats. The end result has been a several hundred percent increase in diabetes–so this route is obviously NOT working.
Eliminate foods that cause an insulin response in your body–this includes all types of sugars and grains–even so-called “healthy” grains such as whole, organic grains promote an insulin response. Avoid all breads, pasta, cereals, rice, potatoes, and corn (which is in fact a grain not a vegetable and highly glycemic). You may even need to avoid most fruits until your blood sugar is under control.

Stop eating all refined sugars. This means totally avoiding made with HFCS (especially soda) or other refined sugars, including regular table sugar, syrups, honey, fructose, agave and more. This means reading labels carefully and HFCS has been snuck into many foods you would not suspect–catsup, sauces, soups, mixes, etc.

Do NOT substitute with artificial sweeteners. These sweeteners are very harmful and will cause more health problems in the long run. In addition, they do not help keep blood sugar and insulin levels in check–contrary to what you may have been told. Best to use Stevia–an all natural low calorie sweetener that will not affect blood sugar levels.

3. Get plenty of omega 3 fats in your diet.
There is clear evidence supporting the link between fish oil and diabetes relief. Administration of EPA (a component of omega 2 fats) was shown to decrease the glucose and get clotting factors under control (a major contributor to heart disease), as well as lowering LDL cholesterol.
According to some researchers omega-3 fatty acids may improve the adverse effects of insulin resistance by lowering blood pressure. Omega 3 fats given to patients with type 2 diabetes mellitus also resulted in significant beneficial effects on diabetic neuropathy and serum lipids and triglycerides. Research studies suggest that omega-3 is useful in combating circulation problems associated with diabetes by rendering the walls of the veins and arteries smoother and more elastic.
A large study on the omega 3 fats and the diabetes link found that taking one gram of omega 3 a day reduced cardiovascular mortality by 30% and the risk of death by heart attack by 45%.

Ideally the best way to receive vitamin D is to get it from the sun, but if you live in colder climates in the winter, it is often hard to do. In that case, you may want to use an oral vitamin D3 supplement. If you choose to take an oral supplement it is suggested that you get your levels tested to make sure you’re not reaching toxic levels, and are within the therapeutic range.

5. Exercise
Exercise is an absolutely essential factor, without which you’re highly unlikely to get this devastating disease under control. It is clearly one of the most potent ways to lower your insulin and leptin resistance.

Regular exercise reduces the demand for medication by 20% in diabetics and checking the blood glucose levels before and after exercise can be a motivator to continue the exercise regimen. The benefits of exercise for diabetes are many and include:

And increasing the good cholesterol (HDL)

· Psychological benefit: Physical activity is associated with an increased sense of well-being, a positive attitude and improved quality of life.

This is every bit as important as your fasting blood sugar. You’ll want your fasting insulin level to be between 2 to 4. The higher your level, the worse your insulin receptor sensitivity is.

Serious lifestyle and dietary changes mean making a huge commitment to implementing and maintaining the changes. However, you can and will greatly improve your health, your quality and length of life if you follow these guidelines. Don’t be a diabetes statistic!

Mike Adams, the Health Ranger, “How I cured diabetes in five steps, and why one-third of U.S. adults will have diabetes by 2050” Natural News, October 23, 2010

Effects of Omega-3 Fatty Acids on Lipids
Glycemic Control in Type II Diabetes and the Metabolic Syndrome and on Inflammatory Bowel Disease, Rheumatoid Arthritis, Renal Disease, Systemic Lupus Erythematosus, and Osteoporosis, http://www.ahrq.gov/clinic/epcsums/o3lipidsum.html.
WE LOVE YOUR COMMENTS! PLEASE COMMENT ON THIS ARTICLE BELOW! THANKS 🙂