Vitamin D is very important to optimal health, and can affect everything from your immune system (one of the biggest reasons people tend to get sick in the winter) to how well you age… 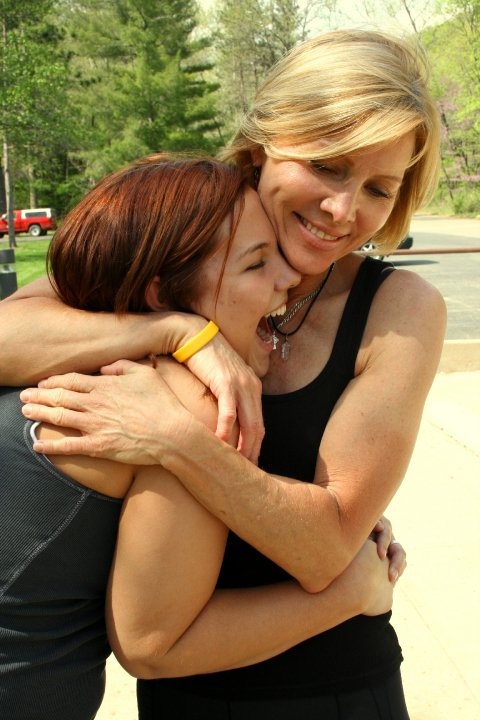 Vitamin D is of primary importance to optimal health, and can affect everything from your immune system (one of the biggest reasons people tend to get sick in the winter), to hormone balance, weight gain or loss, muscle strength, bone density, cancer risk, and mental health. Other studies show that vitamin D helps with rheumatoid arthritis, type 1 and type 2 diabetes, cancer prevention, blood pressure, and heart disease.

And most importantly, vitamin D has been scientifically proven to stop or slow the aging process!

And while some of us may be younger and some of us are older, the one fact you cannot argue with is that we are all growing older—whether its fast or slow–so anything that helps us age better is something we can all use.

In a recent British study of over 2100 female twins, scientist looked at telomeres, which are the part of DNA that shortens with aging. (Twins have very similar DNA, so differences were easily noted within the experiment.) One group of the twins was taking vitamin and mineral supplements and the other was not. At the end of the test period, the telomeres of each group were measured.

Telomeres are the lengths of genetic material that cap the free ends of DNA in a cell, and are one of the most reliable measures of aging. As a person ages, the telomeres shorten and the DNA becomes more unstable until eventually the cell dies. While telomeres are all the same length at birth, lifestyle factors such as diet, nutrition, exercise, and other environmental factors will speed up or slow down the length of time it takes for these to deteriorate.

The study found that those with the highest vitamin D levels had significantly longer telomeres, according to the American Journal of Clinical Nutrition, meaning that those with higher levels of vitamin D aged more slowly. And the best part–

Researchers found that those in the study with the highest vitamin D levels had DNA that was the equivalent of five years’ younger!

This is one of the reasons that vitamin D has such a strong protective effect on many age-related diseases such as cancer and heart disease.

However, from around October to March, if you happen to live in the northern hemisphere, north of 30-35 degrees latitude (roughly north of a line from Los Angeles, California, over to Atlanta, Georgia), the UVB rays are too weak to stimulate vitamin D production.

And if you live even further north, like in Canada or northern Europe, you will need to supplement your vitamin D close to nine months or more out of the year. This means you will have to supplement with vitamin D in the winter AND in the summer, especially if you work or stay inside during the day.

The problem is that many of us have become so sun-phobic and afraid of skin cancer that we are now seriously lacking in this essential pro-hormone.

According to Dr. William Grant, a noted vitamin D researcher, cancer rates in people living at higher latitudes, such as Iceland, are approximately 4 times higher than the cancer rates of those living at lower latitudes in the tropics.

Our human ancestors functioned well with continual exposure to sunlight, which was estimated at levels of 15,000 to 20,000 IU of vitamin D a day!

Humans were never really designed to get vitamin D solely from food—we were made to get it from being outside in the sunshine. While many of the foods we buy may say, “vitamin D fortified”, in truth, very few foods such as fatty fish (cod liver oil), eggs, and organic liver, naturally contain vitamin D. In fact, the paltry amounts of vitamin D in most vitamin D fortified foods means most people would need to eat 8-10 servings just to meet the current RDA (Recommended Daily Amount), and as we know, the RDA is the bare minimum, not the optimal amount.

The best form of vitamin D is from sun exposure. You cannot overdose on this kind of natural vitamin D; the body converts only what it needs for optimal health. However in winter months when the sun is not strong enough to create vitamin D, or if you are indoors during the day or live in a northern climate, you will need a supplement. That means here in the Midwest too, until sometime in March.

When choosing a vitamin D supplement, it is important to take the natural form of vitamin D, which is vitamin D3, not D2 which is artificially derived.

The optimal healthy range of vitamin D in the blood is around 50-70ng/mg, which can be achieved by taking a supplement of at least 1000IU to 5000IU, according to Dr. Heaney at the Creighton University Medical Center.

According to Dr. Joseph Mercola’s recommendation, however, adults need about 8,000 IU’s of vitamin D3 per day to reach the optimal levels of 40-50 ng/ml, which should be modified for the seasons if you are in the sun more during the spring and summer.

Too much supplemental vitamin D can lead to toxicity, so it’s a good idea to consult with your physician to get vitamin D levels measured to get a more accurate idea of how to much to take.

Always take vitamin D with meals. When vitamin D is taken with the largest meal of the day, studies show the highest increase in blood levels of vitamin D. Since vitamin D is a fat-soluble vitamin, taking it with a meal that contains some healthy fats help it absorb in the body better.

I highly recommend an OIL-BASED vitamin D3 supplement as it’s better absorbed by your body.  Unfortunately, many D3 supplements use refined soybean oil as their oil of choice, so read labels, since soybean oil is not the optimal type of oil.

Catherine (Cat) Ebeling RN BSN, is a back to basics diet and nutrition specialist. In addition to her advanced degree in nursing from a major medical school, she has spent the last 30 years intensely studying diet, health and nutrition. Get the latest Gluten Free, Superfoods Recipe book HERE–The Fat Burning Kitchen Superfoods Recipes. Cat also has a book titled “The Fat Burning Kitchen, Your 24 Hour Diet Transformation” that has sold over 100,000 copies worldwide, and has helped thousands of people transform their lives, lose weight and improve their health.

Diet and Nutrition made Easy. Simple.Smart.Nutrition.