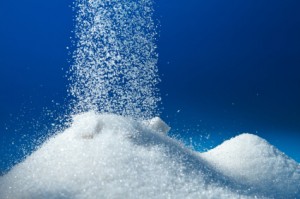 Evidence is piling up against sugar and its role in the skyrocketing rates of obesity, heart disease, diabetes,  and cancer.

But somehow we still get the message that sugar is okay, if we eat it in moderation.

How much is too much? What’s the harm in sugar?

Gary Taubes, author of “Why We Get Fat,” recently wrote an eye-opening article on sugar in the NY times. In it, he discusses the subject of sugar and its role in disease. If you would like to read the full article, click here.

A few brave medical professionals and research scientists have actually had the courage to speak out on the damage sugar can cause. Sugar, it seems, is actually a much bigger factor than cholesterol and saturated fat in heart disease.

Although sugar is considered an unhealthy indulgence, the medical and scientific community are beginning to find that sugar has a very real and definite role in heart disease, diabetes, and cancer.

Could it be that sugar is THAT bad?

In my own 25 years of research on diet, nutrition, and disease, I have to say that I too, have come to that same conclusion.

During my recent studies in disease physiology at a major medical institution, for my BSN, it was presented in class that sugar and glucose (as it becomes in our bodies) is highly damaging to the heart, blood vessels and the circulatory system. This is why diabetics experience a higher rate of heart disease, glaucoma, and blood vessel damage.

Blood sugar spikes also stimulate insulin, which causes the body to turn glucose into fat which is then stored in our livers, circulating in our blood or our fat cells. Ok. I got it.

What seemed strange to me is why something as fundamental as that never really made it to mainstream media. If high blood sugar is so damaging to diabetics, then why was there never a connection made to blood sugar and heart disease in the general public?

There seems to be a huge disconnect here. I just don’t get it.

It is startlingly clear to me that sugar is damaging to individuals other than diabetics.

Can sugar actually be deadly?

Let’s define what we are talking about when we say ‘sugar’. We usually think of sugar as the white stuff that sits in the cute little bowls on our tables, or in those little packets at restaurants. Table sugar usually comes from sugar cane or sometimes, beet sugar.

Sugar is also the ‘high fructose corn syrup’ you see on virtually every label of processed or packaged foods, or in most soft drinks. There are many other forms of sugar but for now, let’s concentrate on the two most often consumed sugars, sucrose and fructose.

Regular white table sugar (or brown sugar for that matter) is called 'sucrose'. Sucrose is composed of one molecule of glucose bonded to a molecule of fructose. So, sucrose is 50% glucose and 50% fructose. Fructose is 2x sweeter than glucose. Since table sugar is half fructose, it is lots sweeter than starchy carbs like potatoes or bread that also turn into glucose in the body.

So the more fructose in a sugar, the sweeter it is. High fructose corn syrup is 55% fructose and 45% glucose. That makes it even sweeter than table sugar.

So white sugar and high fructose corn syrup are both a combination of glucose and fructose in our guts and our bodies react pretty much the same way to both.

So really, the question is not whether high fructose corn syrup is worse for our bodies than sugar, it’s how our bodies react to either type of sugar.

The harmful effects of sugar have more to do with the way your body metabolizes the fructose portion of the sugar. While many dietitians and physicians say, “calories are calories”, it’s how your body reacts to calories that really matters.

Consuming cane sugar or HFCS causes your liver to work harder than if you just ate a starchy food. And, if the sugar comes in a liquid form like soda or fruit juice, the fructose gets in the body very fast and causes the liver to go into overdrive in an attempt to process it. Even worse, since the fructose portion of HFCS is not bound to the glucose it hits your liver even faster than regular cane sugar.

Lab studies show when fructose is ingested quickly in larger quantities, it goes straight to the liver where it is immediately converted to fat.

So you see why soda and fruit juice are so fattening?

Soda, fruit juice and other drinks are quickly ingested. When those liquids hit the stomach, fructose portion of it must be processed by the liver. The liver converts it to fat, which then becomes triglycerides. Triglycerides are the excess fats floating around in your blood and are a major contributing factor to heart disease. Any excess fat is stored in the liver.

What does this have to do with diabetes and obesity?

In 2009, at least half the population consumed a whopping 180 pounds of sugar per year!

19% of the U.S. population now has diabetes, another 7 million are undiagnosed and 79 million have pre-diabetes accoding to 2011 National Diabetes Fact Sheet. And 81 million have some form of cardiovascular disease!

Back in the 1970’s, a nutrition expert and scientist in the U.K named John Yudkin, published a report on sugar’s harm called, “Sweet and Dangerous”.

Unfortunately, though, the mainstream medical community did not take his studies seriously. Most of the medical community was following the saturated fat and cholesterol theory of heart disease, led by scientist, Ancel Keys.

One must be right and the other wrong–or so it was thought.

Keys published the results of a study in nutrition in the 1970’s called the Seven Countries Study. And the mainstream medical community picked up on the saturated fat and heart disease theory.

But guess what? There actually was a higher correlation between sugar consumption and heart disease in the seven countries studied, but this was never highlighted in the study findings. And, many societies that ate high amounts of saturated fats but little sugar showed low rates of heart disease and other diseases.

So which is it–sugar or saturated fat?

We now know that one of the most accurate predictors of heart disease and diabetes, is a condition called ‘metabolic syndrome’.  According to the CDC (Center for Disease Control) at least 75 million Americans have metabolic syndrome, and probably many more have it but have not yet been diagnosed.

What is metabolic syndrome? It means your body has become resistant to insulin. Normally when you eat carbs or sugar, blood sugar goes up, insulin is released, and blood sugar goes back to a normal level.

If your diet is high in sugars and starchy foods, your body is continually pumping out insulin. Eventually your cells stop responding to the insulin, and your pancreas (which is where insulin comes from) becomes exhausted and cannot create enough insulin in response to the demand.

Blood sugar levels then begin to rise out of control, until you end up with type 2 diabetes.

According to Varman Samuel from Yale University, there is a strong correlation in fatty livers and insulin resistance.

What would cause the liver to build up fat? It was once thought that just getting fatter lead to a fatty liver, but many lean people also the same problem.

This all points directly at fructose.

Animals or people fed large amounts of pure fructose or sugar convert the fructose into fat immediately. That fat circulates in the blood as triglycerides. Excess fat also gets stored in the liver. When the liver starts storing excess amounts of fat, insulin resistance and metabolic syndrome follow, and not far behind then, is type 2 diabetes.

Stop the sugar, and fatty liver goes away, and along with it, insulin resistance.

So, the answer to the question of whether sugar is toxic is ‘YES’. How toxic, how quickly? We don’t know that answer for certain.

There is one more deadly disease that can be tied directly to sugar—Cancer.

Cancer is also tied to obesity, diabetes, and metabolic syndrome as well.

A connection between obesity, diabetes and cancer was first studied in 2004 in large population studies by researchers from the World Health Organization’s International Agency for Research on Cancer.

This is what they found:

Your chances of getting cancer are much higher if you are obese, diabetic or insulin resistant. What’s the connection? Sugar.

And your chances of dying from a form of malignant cnacer are way higher if you eat sugar. Malignant cancer is a very rare occurrence in populations that do not eat a typical Western diet.

Cancer researchers now know that the problem with insulin resistance and cancer is that as we secrete more insulin, we also secrete a related hormone known as ‘insulin-like growth factor, and the insulin encourages tumor growth.

Craig Thompson, president of Memorial Sloan-Kettering Cancer Center in New York, has done a big part of this research on cancer and insulin, now says the cells of many human cancers depend on insulin to provide fuel to grow and multiply.

Some cancers actually develop mutations to affect the influence of insulin; other cancers just take advantage of the elevated blood sugar and insulin levels from metabolic syndrome, obesity and type 2 diabetes.

In fact, many pre-cancerous cells would never acquire the mutations that transform them into malignant tumors if they weren’t being driven by insulin to take up more and more blood sugar and metabolize it.

Elevated insulin (or insulin-like growth factor) signaling appears to be a necessary step in many human cancers, particularly cancers like breast and colon cancer.

If it’s sugar that causes insulin resistance, then its an easy conclusion that sugar is tied to cancer—at least some cancers. Yes, this may sound radical and this suggestion is rarely if ever been voiced publicly, but the scientific and biological evidence is there.

I know I am convinced of how harmful sugar is to my health and I avoid it as much as possible.

I really wish my teenagers would avoid it as much as possible, and I try to tell my friends and loved ones to avoid sugar too. Especially if they happen to have one of the above health conditions.

It’s a tough call to tell someone with cancer, heart disease or metabolic syndrome that it may be caused by too much sugar, even knowing what I know. Our perception of good foods vs. bad foods is deeply ingrained in our psyches, and our society, and it’s going against the tide to condemn something that most of the medical community accepts, but I know as a health advocate, that will I continue to try.

I wish you all the best of health.

For more great info on sugar, healthy sugar substitutes, and a healthy diet without cravings, read the Fat Burning Kitchen. (note: this link opens to another sales page on my co-author's site).

Catherine (Cat) Ebeling RN BSN,is a back to basics diet and nutrition specialist. In addition to her advanced degree in nursing from a major medical school, she has spent the last 30 years intensely studying diet, health and nutrition. She also has a book titled “The Fat Burning Kitchen, Your 24 Hour Diet Transformation” that has sold over 60,000 copies worldwide, and has helped thousands of people transform their lives, lose weight and improve their health.

Her mission is to help others prevent disease and live their best life ever.
Nutrition made Easy. Simple.Smart.Nutrition.