A few years ago, soy was considered a ‘miracle food’ or a ‘superfood’. But is soy good or bad for you? 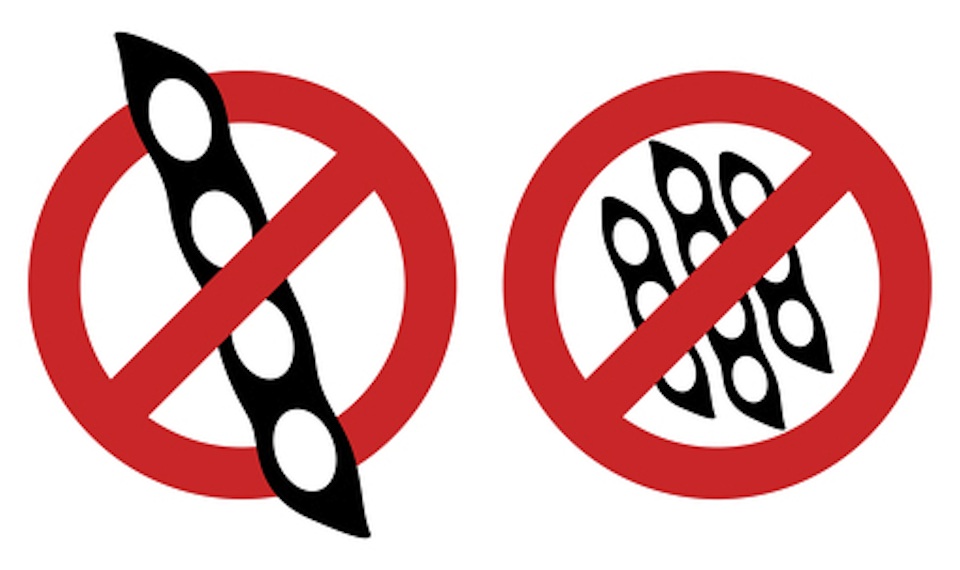 A few years ago, soy was considered a ‘miracle food’ or a ‘superfood’. Dedicated health fanatics everywhere were slugging down soy milk, soy protein bars, tofu, tofurky and soy everything. But is soy really good for you?
Only a few decades ago, the soybean (unfermented) was considered unfit to eat–even in Asia where it originated. In western civilizations, it has been touted as a “health food”.

The soybean was not even considered edible until the discovery of fermentation techniques. Soy was only eaten as food in a fermented form like tempeh, natto, miso and soy sauce.

Unfermented soybeans contain large quantities of natural toxins which are actually “anti-nutrients”. These anti-nutrients block enzymes that are necessary for digestion and absorption of nutrients.

The natural toxins in soy can also produce serious digestive difficulties digesting proteins and amino acids. Some of the natural toxins in soybeans are growth inhibitors, and since they block nutrient absorption, soy should never be fed to children and babies, even though soy based baby formula has been used for years as a milk substitute.

Soybeans and other legumes contain large amounts of a substance called phytic acid. Phytic acid can be found in hulls of many beans or seeds. It blocks essential minerals–calcium, magnesium, copper, iron, and especially zinc from being absorbed.

Soybeans typically contain one of the highest phytate levels of any legume, and even long, slow heating or cooking will not get rid of this substance. Only certain fermenting techniques will remove this nutrient blocker. Phytate content can also be reduced by eating meat with the soy. In many oriental dishes, soy is often consumed in a meal that has meat as a part of the menu.

Mineral deficiencies may show up as unnatural cravings for foods like chocolate, and other less-than-healthy foods, like.
Zinc is necessary for a strong immune system and also plays a role in intelligence and behavior, because it is needed for proper functioning of the brain and nervous system. Zinc is very important to protein synthesis and collagen formation; it is involved in blood-sugar control, and it is needed for a healthy reproductive system.

Soy is now the number one Genetically Engineered crop in the US. In fact 90% of the soy in the food supply is genetically modified soy. GM soy causes major issues like infertility, immune problems, accelerated aging, and scary changes in the cellular structure of major organs. And the antibiotic resistant genes in soy may be responsible for contributing to to new ‘superbugs’.

Children are the most susceptible to the harmful effects of soy and GMO foods. GMO soy has been tied to an increase in allergies, asthma, and a propensity to get antibiotic resistant infections.

Soy protein isolate, (SPI) is the often primary protein component in many soy foods, or protein supplements, as well as baby formulas and some brands of soy milk. What is soy protein isolate? Don’t be fooled, this is not a naturally occurring part of soy. Soybeans are made into a slurry and combined with an alkaline solution to remove the fiber, and then separated using an acid wash and,  finally, neutralized in an alkaline solution.

The acid washing process is done in aluminum tanks, which leach aluminum into the soy products. Soy curds are spray-dried at high temperatures to produce a protein powder. This high temperature, high-pressure process then creates TVP or textured vegetable (or soy) protein. The high temperature processing actually denatures the protein, making it virtually useless.

Nitrites (a potent cancer-causing agent–the same ones that are in processed meats like bacon and salami) are created in the spray drying process, and a toxin called lysinoalanine is formed during the alkaline processing. Does soy still sound like the healthy super food you thought it was?

Soy protein isolate used be a waste product of soy processing. Now, it is transformed from unappetizing by-products into something that will be consumed by human beings. Added flavorings, preservatives, sweeteners, emulsifiers and synthetic nutrients change soy protein isolate, into a seemingly delicious manufactured food.

You don’t have to be a vegetarian to be eating soy protein isolate and textured vegetable protein. These products are heavily used in school lunch programs, commercial baked goods, diet foods and fast food products, as well as meat substitutes, protein powders, meal replacement shakes, and energy bars. Many third world countries use soy as a main part of food giveaway programs to starving people.

Soy also contains plant estrogens that disrupt the natural balance of hormones in the body. And if you are a man, do you want to be eating or drinking soy products loaded with substances that mimic female hormones, and lower testosterone? High soy consumption an actually contribute to male breast growth, aka – “man boobs” (gynecomastia). Soy’s phytoestrogens can be potentially harmful to women as well, upsetting the delicate natural balance of female hormone.

Excess amounts of soy given to young children and babies can also actually disrupt their sex hormones creating feminine traits in males and females. Unfortunately soy based baby formulas are frequently given to babies as a substitute for milk based formulas.

Soy also interferes with the body’s ability to process the thyroid hormone, a key hormone in metabolism, energy. and fat burning ability. In studies of women who consumed even small quantities of soy, thyroid function was shown to be greatly reduced.

Soy is one of the top ten food allergens, and some rate it fifth or sixth highest of allergenic foods. Allergic reactions to soy are increasingly common, ranging from mild to life threatening, especially due to the fact that most all soy is now genetically modified.

Soy is still being marketed to health-conscious consumers, although it is beginning to lose some of its popularity. While the media and soy producers have created an image in the public’s mind of soy as a healthy ‘natural’ superfood, and a supposedly healthy way to escape the so-called evils of saturated fat and cholesterol, in reality, it is far worse.

Don’t be deceived by clever marketing, soy is not a healthy addition to your diet. Avoid soy!

3 thoughts on “What is Wrong With Soy?”