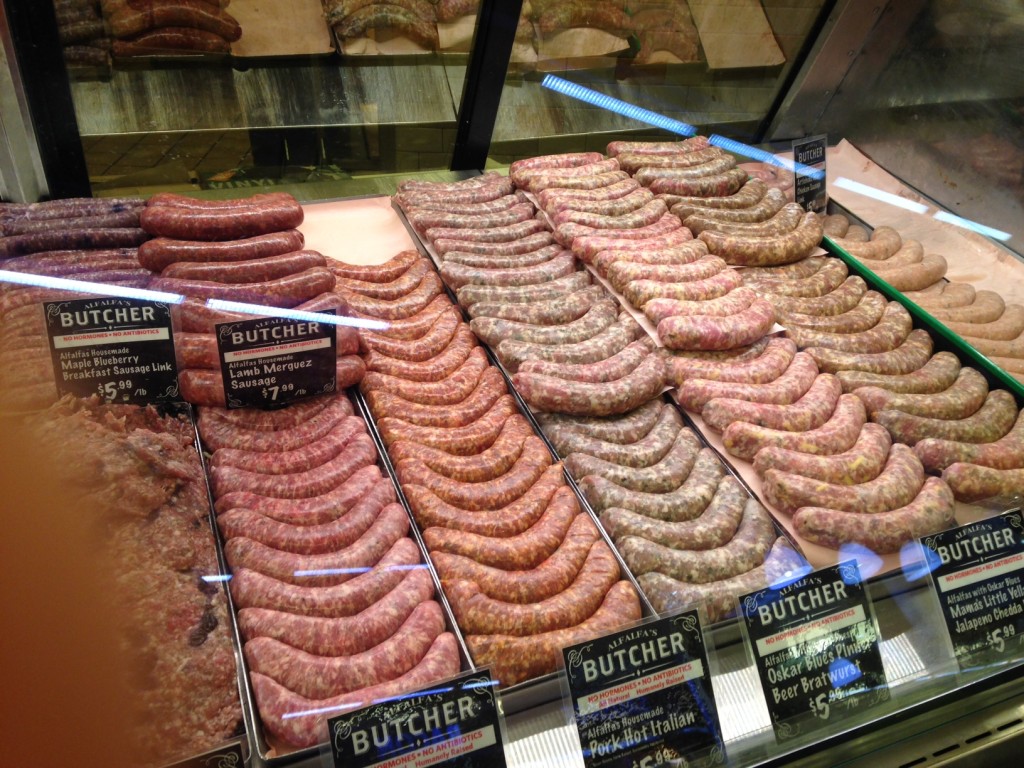 I’m sure most everyone who is on Facebook, Twitter or reading the news has seen the most recent headlines on processed and red meat.

For the record, this study was published in the well-known and prestigious publication,  The Lancet and reported by the World Health Organization (WHO). Over 800 epidemiological studies were looked at from several continents and many different countries, using diverse ethnicities and diets. And unlike another study conducted on red meat and processed meat in 2007, this study actually looked at the two types of meat separately.

Not a small ‘fly-by-night study, I’d say. This study was evaluated in October of this year, when 22 scientists from ten countries convened in Lyon, France to look at the body of data.

Red meat includes meat from most any mammal, as in: beef, veal, pork, lamb, mutton, horse, or goat meat. Processed meats include pork, beef or other red meats as well as poultry, liver and meat byproducts, but also have been salted, cured, fermented, or smoked, usually with the addition of chemical preservatives, often nitrates and nitrites.

The most significant part of the study showed a high prevalence of colon cancers with processed meats.

But here’s where it gets a little complicated: colon cancer is the third most common cause of cancer and cancer-related deaths, but the absolute lifetime risk overall of developing colon cancer is about 1.8% for the average 50 year old. So if the risk of colon cancer goes up 17-18%, it’s only 17-18% of that 2%.

According to the WHO report, that classified processed meat in the same category as cigarettes, and red meat a step below, just how much would your risk of cancer really increase if you eat cured and processed meats?

It would be about three extra cases of colorectal cancer per 100,000 people, or about 1 in 33,000 chance of developing bowel cancer from eating cured and processed meats. This is a far cry from smoking cigarettes!

There are a lot of lifestyle variables involved in this study that are hard to control. For one, most heavy red meat eaters are not eating a large quantities of fresh organic veggies—they are eating low-quality, commercially raised, grain-fed, disease-ridden, antibiotic and growth hormone laced, fast food burgers, with a highly processed flour bun, sauce full of preservatives, and often with a side of chemical-laden French fries fried in highly refined, heated and denatured oil (a carcinogen in its own right). Oh, and add in a big dollop of highly sweetened, highly refined (sugar—another carcinogen) catsup. And, I kinda doubt most heavy red and processed meat eaters are sticking to their daily run or yoga class schedule. Just sayin’. Probably not the healthiest group of people on the planet, overall.

And don’t forget most red meat is usually cooked over high heat. Often it is seared, grilled or charred for flavor, which unfortunately creates a group of carcinogenic compounds called hertoerocylic amines.

Other contributors to the red and processed meat and cancer study, is the health of the animal used for processed meat (it’s usually not the top quality type, but the diseased and sickly ones), and the flavor enhancers, artificial coloring, fillers, and chemicals used to preserve this ‘food’. Have you read the ingredients of your bologna or hot dog wrapper lately? Most of these ingredients are carcinogens in their own right.

So for those of you who eat meat, is it time to give up your steaks and bacon?

Well…here is what I have to say about that:

Red meat is for the most part, one of the biggest contributors to climate change with the huge amounts of methane emissions emanating from commercial feedlots, and runoff that includes growth hormones and massive amounts of antibiotics that go back into the ground and air. And on top of that, the poor animals that are commercially raised for meat have a totally miserable life of being mishandled, pumped full of drugs, crowded, sick, and slaughtered inhumanely. It is a sad, sad situation.

On the other hand, I am not an advocate of being 100% vegan either—I feel that most people suffer from nutritional deficiencies over time that can create big health problems of their own down the road. So what is the solution?

The solution to both issues is to eat less meat. A LOT less meat for many of us. Eat grass-fed, locally raised meat (which contains high quality fats and antioxidants that can fight cancer), and avoid fast food joints that use the worst quality of meat possible.

And eat a diet of about 80% fresh vegetables—that is a key to good health.

Marinate your meat in herbs and spices, and don’t cook it over high heat to cut way back on the carcinogens created from cooking. Eat your meat rare (ground beef from grass fed cattle doesn’t tend to carry the dangerous E.coli bacteria that commercially raised hamburger does).  Eat bacon, or sausage once a week or less. Stay away from hot dogs and cured lunch meats—I hardly even consider them ‘real’ meat, anyway!

So the solution for you becomes (not a coincidence!) the best solution for the planet too—eat far less red and processed meat, and your body AND the planet will be much much healthier in the long run.

Mark Sisson, Does the WHO Report Mean for your Meat-Eating Habit? October 28, 2015.

Catherine (Cat) Ebeling RN BSN, is an international health, wellness and longevity expert. In addition to her advanced degree in nursing, she has spent the last 30 years studying sustainable diets, health and nutrition all over the world. She also has 4 books including the worldwide best-seller,  “The Fat Burning Kitchen,” “The Top 101 Foods That Fight Aging”, and “The Superfoods Diabetes Reversal Diet” (due out in December) and has helped thousands of people transform their lives, lose weight and improve their health.